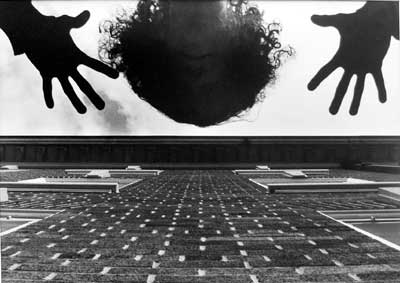 I am 38 years old, my name is Billy Mabrey, and live just outside of Dallas in the City of Grapevine, Texas which borders the DFW international airport. I've lived here since 1988 watching airplanes soar above the suburban landscape. I am a 2005 graduate of Southern Methodist University with a B.F.A. in studio art, having concentrated mostly in Photography and Printmaking.

I am an art instructor for Monart School of Art in Keller. It is a rewarding job, helping kids and adults find their artistic voices through drawing, painting, or digital arts.

My interests come in a wide variety, including music performance and recording, cosmology and astrophysics, mathematics, aquariums, aviation, and of course photography and art.

I started making gum bichromate prints during college when I learned the process. I found the gum printing difficult at first, but the challenge kept me at its side. I soon found it to be a unique and flexible medium, easily tailored to my personal desires of artistic expression. It is a gum bichromate print's blend of technical skill and artistic freedom that has kept me working with it ever since. 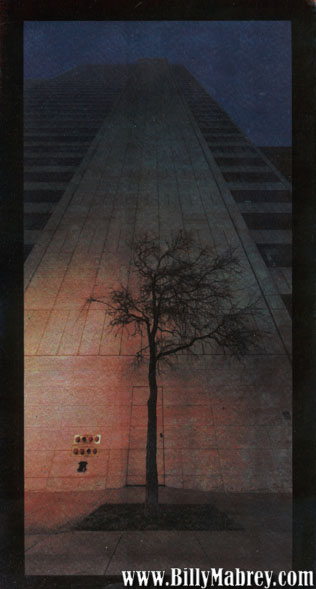 "I paint because I like the smell of turpentine!" spoke one of my fellow college peers with the most concise and effective artist's statement I've ever come across. A musician might echo the sentiments of melody in their epithet, and a writer or poet could summarize their being into a perfectly executed verse. Unfortunately there are no smells, sounds, words, or actions - no immediate internal sensations- which inspire my work.

As a photographer and printmaker, in many ways I am a mere collector and replicator of the natural world, taking information that was gathered and preserving it on paper. However, in the act of preservation, in the act of observation, in the act of building a gum bichromate print, one must be engaged with the natural image for such a time that the information becomes altered by the mechanics of the process and the constant engagement with the elements within. In this way each image becomes not a recording of the physical world, but a malleable memory, transformed and reconfigured by time continually into a new object.

My images are therefore subjective recollections of what once was, not what really was. They become triggers to a memory, a distorted echo of a place, a moment, an identity. And to another person who was not present when the shutter was pressed or the print was washed, to someone without the direct subjective experience of mine, still the images act as triggers to a memory. Like a smell from childhood (turpentine perhaps), the images will take us to place that exists only in the fine line between a memory and a dream.